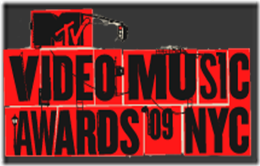 During last month’s MTV music video awards ceremony, actor Jack Black urged the audience join hands and pray to “dear dark lord Satan.” In his prayer, the actor prayed that the musicians and nominees would have “continued success in the music industry.” The awards program was broadcasted on the MTV network (a subsidiary of the Viacom Corporation) throughout the country through cable and satellite television.

The Radio City Hall audience readily acquiesced to Black’s invitation to pray to the devil. In a video posted on YouTube, Black encouraged the large audience to join in by saying, “let me see those horns.” Black, dressed in a “muscle suit” continued by asking the awards ceremony audience to join hands during “the prayer.” He then held hands with actress Leighton Meester while he prayed aloud.

Black’s prayer went basically unnoticed among most conservative and Christian media circles — perhaps because they feel the comedian was simply joking as he displayed his contempt for Christianity with the prayer invocation. In fact, this would be in keeping with Black’s previous behavior.

In 2008 he participated in a video that mocked supporters of California’s marriage initiative, Proposition 8. In commenting on that video, the Culture and Media Institute (CMI) said Black “appears as Jesus rebuking the Proposition 8 supporters while munching on a shrimp cocktail and saying that the Bible condemns eating shellfish too. Then he [Black] reels off some scripture references without context to suggest that the Bible is self-contradictory and unreliable.” In their press release (December 4, 2008), CMI described Black as “an anti-Christian bigot.”

But regardless how one looks at Black’s actions, it sets a dangerous precedent. Author and King’s College professor Paul McGuire labels Black’s prayer to Satan as “just the tip of the iceberg of what is happening in our nation and in the entertainment industry.” The conservative commentator contends that “although it is hidden, Satanism is one of the fastest growing religions in America.” He adds: “We can expect to see Satanists demanding and getting the same rights as any other religion.”

Former Hollywood actor Bob Turnbull says Black’s prayer to the “dark side” was “pathetic and sick,” which shows a “heartbreakingly sad” side of Hollywood’s culture. Turnbull, also known as the “Chaplain of Waikiki,” knows a little something about Hollywood. In the ’60s and ’70s, he appeared in a number of well-known movies (The Little People, Camelot, Tora Tora Tora) and television shows (Hawaii Five-0, Petticoat Junction, My Three Sons, Bob Hope Chrysler Theater, Another Life).

Phil Magnan, director of BFamilyAdvocates.com, chimes in, wondering if Black “really knows what he is invoking or has any idea how destructive Satanism really is.”

Radio talk-show host Jesse Lee Peterson has a different take on Black’s prayer. Peterson is instead at odds with MTV, the network that hosts the awards. He says it is “disturbing that MTV continues to promote the most degenerate and base programs on its network….[They] intentionally air programming designed to seduce and corrupt the minds and hearts of America’s youth” (like Sex…with Mom and Dad, among others).

Ultimately, McGuire believes there could be some encouraging signs to come. While he affirms his belief that the level of darkness will continue, the Christian author strongly believes that simultaneously Americans will “see a revival among the youth similar to the Jesus Movement in the ’70s.”

5 comments on “Prayer to Satan during MTV telecast”